In beautiful western New England, on the eastern bank of the gorgeous Connecticut River, you will find the City of Springfield, Massachusetts. Springfield is the seat of Hampden County and is situated near the confluence of the eastern Mill River, eastern Chicopee River, and western Westfield River. Home to around 154,000 residents, Springfield is part of the Springfield Metro Area, one of only two in the state. The city is the largest in western New England and is the undeniable cultural, economic, and urban capital of the renowned Connecticut River Valley. After Boston, Worcester, and Providence, it is the fourth-largest city in all of New England and is the third-largest city in the state.

You’ll find this remarkable community just twenty-four miles from Hartford, Connecticut which sits on the western bank of the Connecticut River. Because there are more than thirty-two liberal arts colleges and universities, the Hartford-Springfield region is often called the Knowledge Corridor. In fact, the area has the nation’s second-highest concentration of higher-learning institutions. Springfield alone is home to Springfield Technical Community College, Western New England University, Springfield College, and American International College, among others. Additionally, the Bradley International Airport is only twelve miles south of the Springfield Metro center. Comprised of 33.1 square miles, of which 1.2 are water, the city also encompasses more than four square miles of urban parkland, which is why it had the nickname “The City in a Forest.”

This big city is surrounded by gently rolling hills, majestic mountains, and scenic bluffs. Within the city, there are seventeen unique neighborhoods from which homebuyers can choose, each with its own distinct attractions, amenities, and advantages. The Bay neighborhood is home to Blunk Park, while the Boston Road neighborhood encompasses the Eastfield Mall. Brightwood is separated from the rest of the city by Interstate 91, while the East Forest Park neighborhood borders East Longmeadow, Massachusetts. The East Springfield community encompasses the Performance Food Group and Smith & Wesson, while the Forest Park neighborhood includes the park by the same name, as well as the Forest Park Heights Historic District. Though primarily residential, the Indian Orchard area features historic buildings, a Main Street, as well as Hubbard Park and Lake Lorraine State Park. You’ll find the city’s three nationally recognized hospitals in the Liberty Heights neighborhood. This remarkable area is also home to Atwater Park, Hungry Hill, and Van Horn Park. The most significant array of historic Victorian properties in the Knowledge Corridor is found in the residential neighborhood known as the McKnight Historic District. This planned neighborhood encompasses Mason Square and features American International College.

The North End’s commercial district is found in the Memorial Square neighborhood, while the primary cultural attractions are found in Metro Center, including the Downtown Business District and The Club Quarter. Bordered by Lake Massasoit, the Old Hill neighborhood is residential and encompasses Springfield College, and the Pine Point neighborhood is home to a Fortune 100 company, MassMutual. The Maple Hill Historic District, Ridgewood Historic District, and the Lower Maple Historic District are found in the urban and residential neighborhoods of Six Corners.The SABIS International School and Western New England University are located in the Sixteen Acre community, while a plethora of landmarks and restaurants can be found in the South End area. Between American International College and Springfield College you will find the Upper Hill neighborhood which is bordered by Lake Massasoit and encompasses Wesson Park.

Within this many wonderful neighborhoods, you can find very diverse Springfield real estate options. Properties in Springfield include efficient, low-maintenance condos, as well as large and luxurious family estates and everything in between. Homes for sale in Springfield come in a broad price range that will accommodate most homebuyer’s budgets and personal tastes, please contact us today if you would like more information.

Check out what Steve Cary had to say about his beloved city!

Bring your vision when you step into this home with a huge walk up attic awaiting your master suite, extra bedrooms, home school/office space, or whatever you can envisi...

Wow! Priced under assessed value in this market?? That's right, the seller has sharply discounted the price on this property to allow a buyer an opportunity to gain some ...

Here is your opportunity to own a three bedroom townhouse in Park East Co-operative. Beautiful new white kitchen cabinets, counters and flooring. Stove and refrigerator ...

Welcome Home! This stunning Colonial with over 3,110 sq. of living space an excellent floor plan, all the amenities and a large fenced backyard. The home features excelle...

Great location for this 7 room, 3 bedroom, 1.5 bath Colonial! This home has many beautiful details/features including a spacious dining room with 2 built in hutches and a...

Investors take notice!!!!! collect rent right away, both floors rented $900 each unit and tenants being at the property more than 10 years. this two family home in move i...

Look no further! This is the ONE! What a great opportunity to own this well maintained 3 bedroom home in a great location! This home comes with newer windows, newer ro...

This well-maintained 3 bedroom, 1 bath Cape is ready for you to move in! Featuring hardwood floors, ceramic tile and granite counters. Master bedroom is located on the f...

Cute as a button! Come check out this newly renovated cozy cape style home. So many features including a spacious mudroom from the side entrance, plus an extra loft area ...

This is a must see! With just paint and some floor sanding this home will shine like new. All of the major work has been done, electrical updated two years ago and roof i... 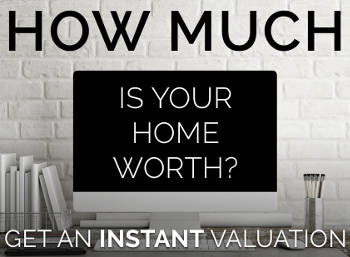 Customize & Save Your Search Options

Easily Communicate With an Agent 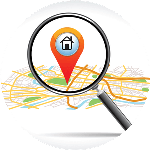 Search Homes for Sale by Lifestyle